Part of the series: Global Issues in Education

I was following my Twitter stream this morning and saw a Tweet go by from Shelly Terrell.

and I responded back with

This not the first time I have heard this “Get Involved. The world is run by those who show up.”  This saying may be true sometimes, but personally I believe that many more decisions on how things are run in education or any other field and what policies are instituted, are made by those who show-up in the backrooms by a relatively small number of people.
When I say “backroom” what do I mean?  To me the backrooms include public employees’ offices, at some level of government (local, state or national) and/or business/corporate offices, in addition to the stereotypical ones you see in political cartoons and in the movies.
Those are the backrooms where education and other policies are developed, discussed, and refined to meet the needs of those who initiated the policy or idea, not necessarily what is the optimum course of action or in the best interests of the majority of people it affects.
Backroom management is not a new or novel concept. Government and business policies have been implemented this way (in the backroom) throughout history, so why should we expect things to work any differently today?  This how things are typically done, in whatever field you are discussing – a small number of people make the real decisions to meet the needs of those in that backroom and their associates.
After the policy has already been discussed and planned, those who developed that policy  allow those that “show-up” to talk about their proposals (the back-room decision).  Then in order to give the appearance that those in the back-room are listening to those who “show-up”, they offer up relatively unimportant compromises or changes, so those who “show-up” can say “we made a difference” and everyone goes home happy.
It does not mean that just because you “showed-up” that you were actually heard or that what you said made any real difference.
A big difference today compared with other times in history, is that the internet allows more of us to participate in more conversations, and with more people.  We discuss many of the policies that effect us in our online communities (the social networks) – often at length and intelligently, but what we say and have said has had little or no effect on the policies being implemented or changes to policies presently in place i.e. NCLB, RTTP, Standardized Testing, National Standards, Funding, and a host of other “policies” that affect us daily.
It would be nice to believe that with the advent of social networking that we can and do make more of a difference than we could in the past and that all my time online is not just done to hear myself or others with similar interests just talk.  But in reality, I have a feeling, it would be very naive on my part to think we are being listened to or heard in any meaningful way, based on the “new” policies we are seeing.
Why would those in power want to share the power they presently possess or change the policy processes so that they  to have to hear other’s provide input to something they have already answered in their circles?  “They” have their goals/objectives and want to retain that power.  Public service employees may mean well and believe that they “know” what is best for us and they have their interpretations of “how” things should be done based on the rules and regulations they often help initiate.  Those in business want to maximize their profits and to put it bluntly, if they are able to show some social consciousness, it is good for business.   So those who have the power to make policy will limit access to the “backrooms” where the real policies and decisions are made to retain their control over the process and the outcomes.
Is this a pessimistic view of how businesses and governments enact policy?  No not really. It is simply the reality of how things are done and will probably be done for the foreseeable future.  What can we do about it?  In my  view from the bottom – unfortunately not too much.
Unfortunately, it is not about “just showing up,” it is more importantly all about “where and when you show up” that actually impacts your ability to make changes…so show up in the backroom if you can.
and as always –

Have you made a difference today?  How? 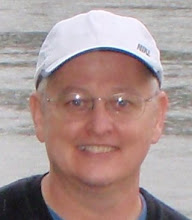 Harold L. Shaw, Jr. is a Special Education teacher and English Language Arts teacher in a Resource Room. He blogs about education reform at My Thoughts… and tweets from Maine by the handle, @Hshawjr.