Many of you know I am a huge fan of Twitter! Twitter is the easiest way to engage and communicate with my Personal Learning Network (PLN). As a result of using Twitter, I have become involved in some exciting collaborative projects. Many of you may have missed some of the tweets that have encouraged me to engage, investigate, debate, and collaborate. Therefore, I will post some favorite tweets each week and the conversations that ensued. Hopefully, you will be introduced to some new people you were not following before who will benefit your PLN. These are in order of occurrence with the first tweet being the earliest tweet in the week. Each week I will also aim to introduce you to different people who tweeted than the previous week.

Larry Ferlazzo is famous for providing educators with the best links to various resources. This link is an article which argues that English language learners do not have to worry about  pronouncing the English they learn properly as long as they are understood by the listener. After retweeting, you can see below a snip it of the conversation that I engaged in and I was the fifth person to retweet this link! Jo Hart and I continued the conversation, which led to another interesting conversation about literacy and the use of graphic novels to motivate at risk students. This example shows how retweeting allows an issue to be widely spread and argued. Michael Fawcett’s tweet about Skyping with his 94 year-old grandmother really ignited the Twitter stream. People were awestruck by the event! Michael’s tweet showed how information and communication technologies and websites can really impact all people no matter the age. Technology does make a difference! Michael also reported his grandmother was very excited and just needed a little help from his 14 year-old son!

I liked Anne Hodgson’s tweet, because I believe keeping up with social media is work and time consuming. Several people often call this work a waste of time. So what is the benefit? Like Anne, I believe social media is part of professional development. This is one reason I participate. Dave Ferguson’s response is in a different color, because he was nice enough to allow me to post his private Direct Message to me! I normally would not ask, but Dave’s response shows a real benefit in using Twitter for research purposes. Dave was nice enough to provide us with a pdf copy of the article. Who says you have to abandon your Lego’s when you grow up?! Not Thomas Skennerton who provided me with this very funny link to videos starring Lego characters. We had a couple of laughs over this on Twitter, which goes to show the amount of fun you can have with your PLN! TferThomas is one of the members of my PLN who manages to make me laugh several times a week! Click here for the Lego link!

The best way to enjoy “what they tweeted” daily is to add these engaging people as friends on Twitter. Do this easily by clicking on their profiles.

Explore these links and follow these Twitterers. Tell them how much you enjoyed their tweets! 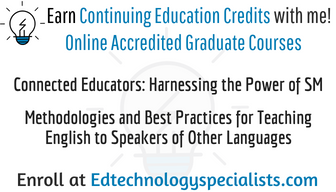